The milestone, a key goal for TCCI when the company invested in a major global manufacturing expansion, will occur on November 11th, only 15 years after the Ningbo manufacturing operation was established. It comes on China’s largest commercial holiday, Singles’ Day.

“We would not be where we are today without the Ningbo community, the Province, and China at large, as well as the dedication of our leadership in China including Mr. Mao and John Chan. We pride our organization on its culture, quality workers, and the partnerships we have with our customers,” said TCCI President Richard Demirjian. “With more than 300 employees in Ningbo and 600 employees globally, we continue to drive innovation and pave the way in electrification.”

TCCI is a world leader in compressor technology with operations in the United States, China, Argentina, Ireland, Germany, India and Spain. TCCI opened its operation in Ningbo, a large industrial hub in eastern China, in 2006.

Amid the industry’s rapid electrification, TCCI continues to see heightened demand for compressors, a critical component to not only cooling the cabin but also the battery. With production in China, India, and the U.S. working together to serve a global customer base, TCCI offers the widest range of compressors.

“We see our next production milestone coming quickly and there are several opportunities across the U.S., India, and China to increase R&D, production capacity, and workforce while addressing global logistics and key drivers that strengthen our position in value, performance, and innovation,” said Demirjian.

TCCI’s roots in Illinois date back to the 1970s when its legacy products were part of Borg-Warner. In 1984, Borg Warner sold the York Automotive compressor line to the Demirjian family after facing concerns with production levels dropping to 750,000 units in their U.S. facility. In March 2016, the U.S. operation produced its 7 millionth, 2-cylinder reciprocating compressor and today celebrates its 5 millionth. 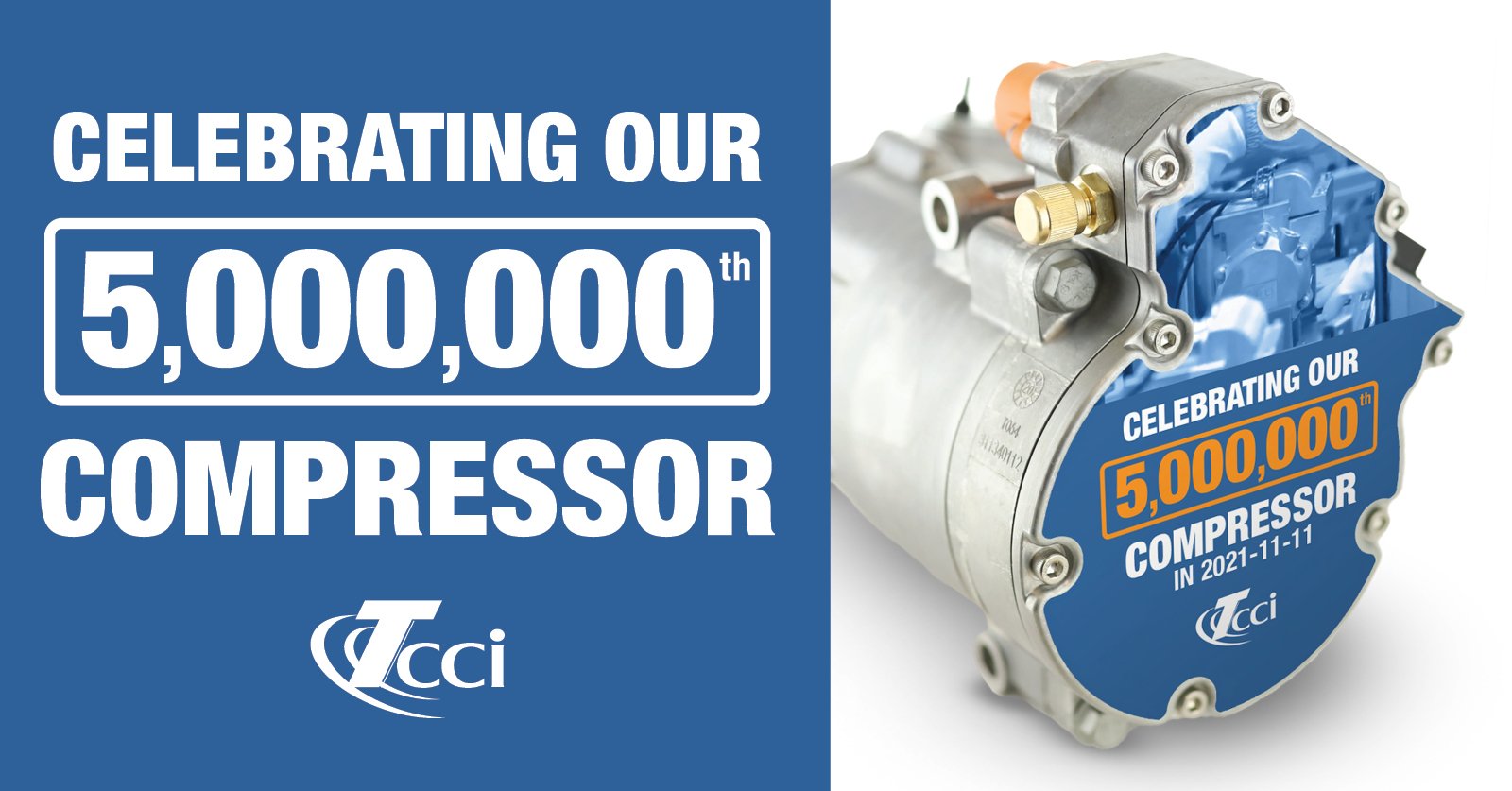